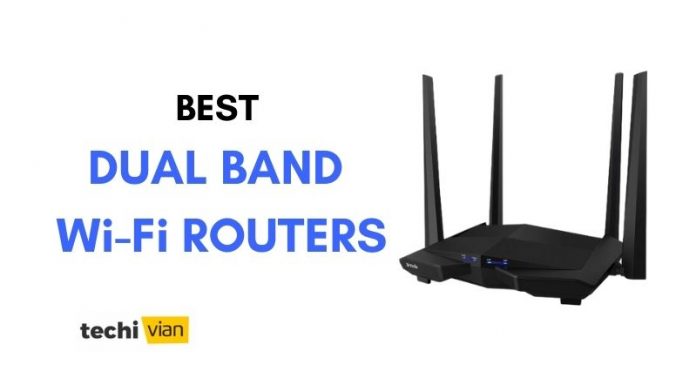 In the past, a wired network connection was considered to be miles ahead compared to wireless technologies like WiFi. But these days, you can get almost the same performance using a dual-band WiFi connection. If you are also interested in using an excellent wireless network, then consider buying a dual-band wifi router based on these factors:

Since such routers offer excellent performance, we are here with the best dual-band WiFi routers in India. To help you out in picking up the right one for you, we have also mentioned all their details along with the things you should consider before buying one so that you can get the right one after going through this article until the end. 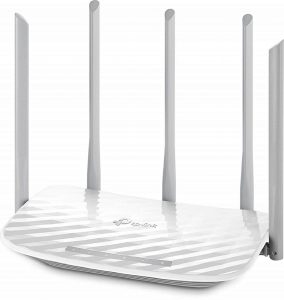 We have yet another dual-band WiFi router from TP-Link in this article which offers even better performance than the previous one. While the previous one was rated at 1200 Mbps, this one is rated at 1350 Mbps which includes 450 Mbps for 2.4 GHz and 867 Mbps for 5 GHz.

As you would expect, you can expect these speeds continuously thanks to the fact that it comes with MU-MIMO support. You also get beamforming support in this router so that you get excellent coverage while using the high speed 450 Mbps 2.4 GHz network offered by it.

Just like the previous one, you can also find a total of 4 gigabit LAN ports on the back. TP-Link offers a 3-year long warranty with this one for peace of mind. 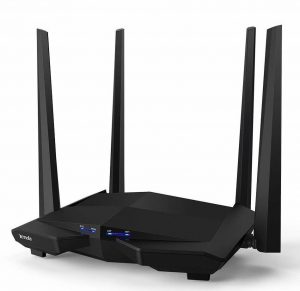 Tenda can be another great option if you are in the market for a new WiFi router. Apart from its entry-level models, you can also find various high-performance dual-band WiFi routers from it.

This AC10 mentioned here supports a maximum wireless speed of 1200 Mbps which is the same as most other options out there. Since it uses a 1 GHz CPU, you can expect high stability with low latency while connected to this router. It also uses MU-MIMO technology to make your experience even better.

When combined with Beamforming+, you can expect an excellent range from this WiFi router. Although, you only get 3 gigabit LAN ports on the back which is slightly less compared with others. 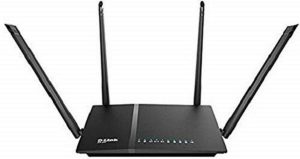 While there are a lot of brands out there that offer WiFi routers and various other network devices, D-Link is one of the oldest ones. And its DIR-825 AC 1200 WiFi router is a highly popular pick for those who are looking for a dual-band WiFi router.

Just per the name, it offers a maximum network speed of 1200 Mbps thanks to its 4 antenna design. These 4 antennas are able to offer a decent range to the user. Unfortunately, it does not come with beamforming technology, unlike other options. Although, you do get MU-MIMO support in it for easily getting a stable wireless network.

Another great thing about this router is that it offers 4 gigabit LAN ports on the back along with a USB 2.0 port. This port allows you to setup network attached storage using this router if needed. 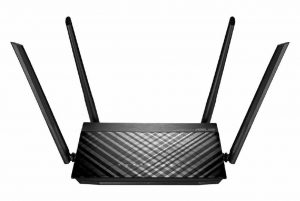 Apart from making laptops and computer components, you can also find high-performance WiFi routers from Asus where almost all of them are dual-band ones. As a result, this Asus RT-AC59U happens to be the best performing option present in this article.

It is able to offer a maximum wireless network speed of up to 1500 Mbps with a configuration of 600 Mbps on 2.4 GHz and 867 Mbps on 5 GHz networks. As you would expect at the given price tag, it supports both MU-MIMO as well as beamforming technologies for high range and a stable network connection.

Just like the previous D-Link router, this one also comes with a USB 2.0 port for network-attached storage setup. 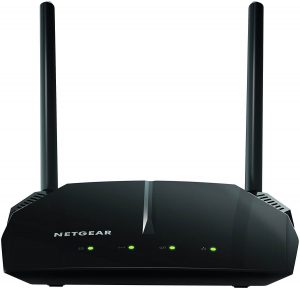 While most routers by Netgear are usually higher-end models, it also offers a few budget options including the Netgear R6120-100INS AC1200 router. Just like most other options present in this article, this one also supports a maximum network speed of up to 1200 Mbps using both 2.4 GHz and 5 GHz bands.

While you only get 2 antennas with this WiFi router, the range offered by it is quite decent thanks to beamforming technology. Unlike most other budget options in its class, this one is able to offer a total of 4 gigabit LAN ports as well as USB 2.0 port on the back for using this router as network-attached storage if needed.

Unfortunately, it does not support MU-MIMO as seen with other options that are priced higher than this one. Another thing to consider is that this one has a 2-year long warranty. 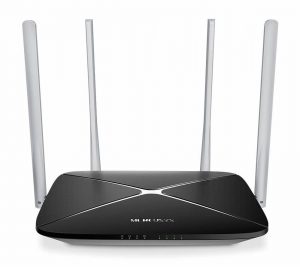 In comparison to other options out there, Mercusys is a much smaller brand of WiFi routers but still manages to offer a lot of things at its given price tag. For starters, this Mercusys AC1200 router is able to offer a maximum wireless network speed of up to 1200 Mbps.

As for its antennas, it uses a total of 4 x 5 dBi omnidirectional antennas which are similar to other options in this article.

On the back, you will find a total of 4 gigabit LAN ports which are always great to have and should be more than enough for most users. Despite being a smaller brand, it still offers a 3-year long warranty. 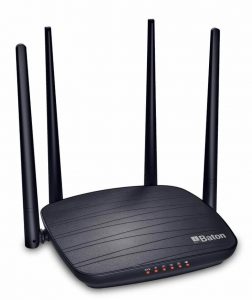 If you are on a budget, then you should consider going with the iBall Baton iB-WRD12EN since it is the cheapest option in this article. Despite the lower price tag, you still get a maximum wireless network speed of up to 1200 Mbps with it.

When combined with its MU-MIMO and Beamforming support, you can expect fast and stable network speeds over a long-range. To further make the range better, it uses a total of 4 omnidirectional antennas.

On the back, you will find 3 gigabit LAN ports for high speed wired connections. And just like other more expensive brands, this one also comes with a 3-year long warranty. 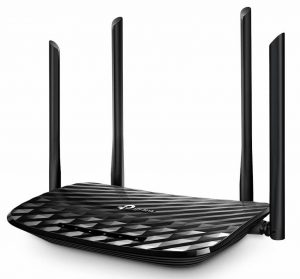 TP-Link is a highly popular brand of WiFi routers that is known to offer all sorts of features and options as seen with its Archer A6 router. You can find a total of 4 antennas with this WiFi router which offer a great range.

And thanks to beamforming technology, this range is increased even further. Another technology offered by this unit is MU-MIMO that increases speeds and ensures that the network is stable. Speaking of speeds, you get 300 Mbps on 2.4 GHz and 867 Mbps on 5 GHz resulting in 1200 Mbps of total bandwidth.

On the back of this unit, it comes with a WAN port and 4 gigabit LAN ports that offer excellent speeds for all of the wired devices present on your network.

All of the details like features and options present up above in this article should be more than enough for you when it comes to buying a dual-band WiFi router. But, if you want to get just the right one for your needs and requirements, make sure to go through the following factors that should be considered before getting a dual-band WiFi router:

The first thing that you should check while buying a dual-band WiFi router is the speeds offered by it. Just like most networking devices, this speed is given in Mbps or megabits per second and includes options like 1200 Mbps or 1500 Mbps where a higher rating is better.

Another thing to consider before buying any kind of WiFi router is the range offered by it. One of the easiest ways to get a WiFi router with a large range is to buy one with multiple antennas. While basic models come with two antennas, better models also offer a total of 4 antennas for the best possible coverage.

Even though a WiFi router is used for wireless connections, you will still have to connect wired devices in a lot of cases. Thus, you should check the number of ports offered by your WiFi router. This includes 3 or 4 gigabit LAN ports as well as USB 2.0 and USB 3.0 ports for network-attached storage capabilities.

While not all WiFi routers support these, you should look out for routers that support MU-MIMO and Beamforming support. MU-MIMO is supposed to make your wireless connection highly stable and fast consistently for all your devices. As for beamforming, it is known to increase the effective range of your WiFI router even more.

Almost everyone used a WiFi network for connecting to the internet since it is much easier to use compared to a wired network. Although not every WiFi network might give you the best performance numbers. If you want the best possible network speeds over a wireless network, then you should consider going with one of the best dual-band WiFi routers in India mentioned here in this article.

Make sure to share your thoughts in the comments section. You can also post any questions down there if you have any!