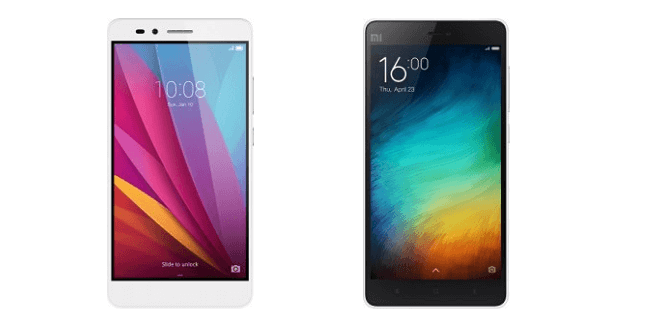 The smartphone industry receives a lot of newer mobile phones every day, as each brand is trying to beat the others. However, it is not necessary to pick the expensive ones because the budget smartphones have evolved a lot. But, there are some important factors that must be checked in a smartphone before buying:

RAM: Usually, there is not much load that smartphones have to handle, but in certain scenarios like playing games or multitasking, the smartphone having RAM capacity less than 4GB struggles to provide a lag-free performance.

Storage Space: The need for storage space does not feel much when the device is new; however, as time passes by, it becomes a headache if it gets full. So make sure to pick a smartphone with at least 64 GB or 128 GB to be care-free.

Battery: In case you handle most of your work from your smartphone, or like to play games for hours, the battery life must be good enough to cope up with the flow of your work. In that case, your smartphones must have a battery capacity of around 4000 mAh or more to last for a full day or maybe more according to your usage.

Since the online markets have loads of options to choose from, there is no doubt that anybody would get confused about picking the best one. To help you with that, we have shortlisted some of the best smartphones under 13000 in India that will provide you the best smartphone experience without hurting your pockets.

As soon as you pick the Redmi Note 8 in your hands, you can tell that you are holding something premium because of the glossy glass finish at the back and overall slim design. However, as for the performance, doing some heavy multitasking won’t be a challenge for this device as it boasts massive 6 GB of RAM and a powerful Qualcomm Snapdragon 665 chipset.

The storage capacity of 128 GBs is good enough to store all your media files and other data. However, you can expand it up to 512 GBs using a micro SD card. On the backside of the phone, you will find a quad-camera setup of 48MP+8MP+2MP+2MP cameras and a super responsive capacitive fingerprint sensor as well.

In addition, the smartphone screen feels like bliss as you spend time watching movies or playing games on its 6.3 inches Full HD+ touch screen. In terms of UI, it has Xiaomi’s skin on top of Android v9 Pie.

As far as the battery life is concerned, its 4000 mAh battery offers you a full day usage and 32 hours of talk time without any issues, and the option for fast charging is also available. Moreover, it has dual SIM card support, but both the SIM cards should be of nano size. 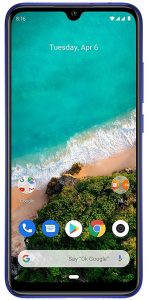 In case you don’t like Xiaomi’s typical UI and want a clean Android v9 Pie experience, you can enjoy that with Android OneUI on this Xiaomi Mi A3 smartphone. The performance and the battery management of the phone are great because of Qualcomm Snapdragon 665 octa-core processor, Adreno 610 GPU, and a 4030 mAh battery.

As it features 4 GBs of RAM capacity, games like PUBG are fun to play on this phone. Moreover, the storage capacity of 64 GB is not much great but fine for the price. One major thing to notice on this device is its 6.088 inches AMOLED screen, but what’s equally disappointing is the HD resolution of it.

However, if you don’t spend much time using your phone, it won’t be a great issue. Where this device shines is the camera department, its 48+8+2 MP triple-camera setup at the back and a 32MP front-facing camera capture some really decent quality pictures that you will surely like.

Being a dual-SIM phone, you can insert two nano-SIM cards in the Mi A3. In case you want to expand the storage space, you can insert a microSD card up to 256GBs capacity, but it will require you to take out one SIM card as it uses a Hybrid SIM card slot.

The LG has few good options in this price segment as well, out of which you can pick is the LG W30 Pro. The first thing you will notice about this phone is its premium design language with a triple camera setup at the backside with 13 MP + 16 MP + 5 MP rear-facing cameras and a touch-capacitive fingerprint sensor.

As you come to the front side, you will notice the 6.21 inches HD display with a dewdrop design carrying the 16MP shooter. However, if we talk about the internal specs of this phone, it runs on the Android v9 Pie OS and is powered by Qualcomm Snapdragon 632, which performs pretty decently to run heavy games and other apps.

Moreover, the RAM capacity of 4GB and 64GB ROM is good enough to handle multitasking as well as storing personal files and other data, respectively, considering the pricing. What’s good about this device is its battery management as its 4050mAh battery provides enough juice to keep it running for a whole day long without the need for charging again.

As the trend is going on to include a hybrid slot, LG managed to design a slot that can hold both the two sim cards and a microSD card of max 512 GBs capacity at the same time.

It would be hard for anyone to tell the pricing of this phone by just looking at it as it looks completely like a flagship from its amazing design language. As Oppo flaunts their cameras, this model sports a dual-camera setup of 16MP and 2MP that clearly takes highly crisp images with additional features like filters and AI beautification.

As the camera is good, there are chances that you might end up filling the entire storage of 128GBs, but there is no need to worry as you can expand it up to 256GBs with a microSD card. Apart from that, you can choose to ditch the microSD card and put two nano-SIM cards instead.

In case you like to enjoy your time playing heavy games like PUBG on your smartphone, its powerful Mediatek 6771 octa-core processor and ARM Mali-G72 GPU coupled with 4 GBs of RAM makes it possible to achieve higher frame rates in-game. However, the 4020 mAh battery won’t last for long if you spend a lot of time gaming on this phone.

In addition, the 6.5inches display with a Full HD+ resolution, and a dewdrop notch with a 16MP front camera protected with Corning Gorilla Glass 5 looks quite like a premium phone. As you get inside the phone, you will notice the user-friendly ColorOS 6.0 on the top of Android v9 Pie. 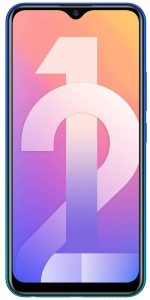 As we know that Vivo is quite popular across our country. Let’s find out why? First off, the red gradient with the glassy finish at the back looks awesome, so there are no complaints about the styling of this smartphone. In addition, the triple camera setup at the backside of 13+8+2 MP resolution might be another reason to attract the audience, or maybe the 8 MP at the front.

The overall phone is pretty slim and sleek, and the dewdrop notch design looks amazing on it. But, the resolution is just HD, and with a size of 6.35 inches, it’s clearly not a great combination. However, if you are not a heavy user, the Y12’s massive 5000 mAh battery will keep the device running all day long for you, or maybe two.

As far as the RAM capacity and storage capacity is concerned, you get 4GBs of RAM 32GBs of space only, which seems to be good enough for light usage. In addition, you get dual SIM support on this device, and also the storage space is expandable up to 256 GBs.

Also, the user experience from its UI feels absolutely crisp as it runs on the Android v9.0 Pie, but there’s a Vivo skin on top of it that you will enjoy using. In addition, the device is also covered under a 1 year warranty period as well.

The Oppo A5 is one of the best budget-friendly smartphones from last year that is still capable of giving competition to the latest phones with its powerful specs. Like most other devices from last year, this also gets a slightly bigger notch at the top and a bigger chin on the bottom of its 6.2 inches IPS screen with HD resolution.

However, as the camera is compared to the latest smartphones, the results from its 13 MP + 2 MP dual camera setup capture similar images, but the performance from the 8 MP front camera is not that great, to be honest.

On the other hand, if the performance of this device is concerned, it performs quite well as it is equipped with an ARM Cortex-A53 chipset and Adreno 506 GPU along with 4 GBs of RAM which is quite enough for multitasking. But, the device struggles to perform well with heavy games like Asphalt 9 and PUBG.

In terms of the user interface, Oppo has installed its own ColorOS on the top of Android v8.1 Oreo, which offers a crisp and faster performance in casual usage scenarios. In daily life usage of this dual SIM phone, its 4230 mAh battery does not disappoint at all and offers an amazing battery life with

Lastly, you can consider the Vivo Y95 as it was a little pricier last year, but now it fits perfectly in this list. Starting with the looks of it, the blueish purple gradient color looks stylish on it. Moreover, the 13 MP + 2 MP AI dual camera unit and the fingerprint read at the backside are quite attractive as well.

Coming to the front side of the Y95, the dewdrop notch style 6.22 inches display with HD resolution feels great in size, but not in terms of clarity and crispness. However, the 20MP front camera embedded in the dewdrop performs great and captures some amazing selfies.

Clearly, this phone is not for heavy gaming, but can surely run some less demanding games like Subway Surfers with its Qualcomm Snapdragon 439 coupled with 4GBs of RAM. In terms of UI, the experience is pretty smooth as it runs on the Android v8.1 Oreo OS with Vivo’s own skin on top.

Although if you are not a heavy smartphone user, the Y95 is not going to disappoint you as it supports dual SIM cards and provides a great talk-time with its battery capacity of 4030mAh. However, you can also choose to insert one SIM card and a MicroSD card to upgrade the storage space from 64GBs to 256GBs.

Choosing a smartphone is never considered to be a challenge until and unless you are not aware of features you need to have in your smartphone according to your usage pattern. It is obvious that a smartphone must have a good processor, RAM, and a good enough battery life to last for a day long. And, in this list, mostly all the smartphones have these essential features so you can pick any of these mobiles. However, if you ask us which phones we personally liked, our top picks from this list would be:

We hope that the list will help you to find the best phone under 13000. In case you liked any smartphone from our recommendations, or have any queries regarding any of the mobile phones mentioned on the list, you can ask us freely in the comments section below.

Sai Nandan - May 7, 2020 0
The smartphone industry receives a lot of newer mobile phones every day, as each brand is trying to beat the others. However, it is...