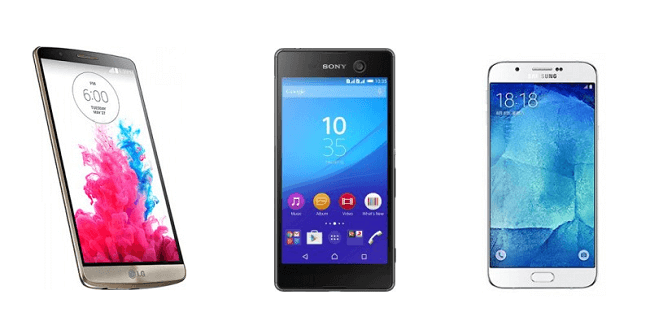 They’re not premium but they’re not budget either. They fall to the fine line of style, performance, and all the same, time, being pocket friendly.

Mid-range phones are specifically made for people like you and me. The average joes who wish for the best the tech world can offer but cannot shell out enough money. Having said that, some of the best flagship models for smartphones are budget efficient.

In our list today, we are going to list down and review some of the best smartphones you can get under 35,000 rupees. 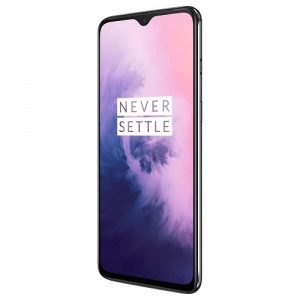 Topping our list and the first and foremost is probably the best smartphone of 2019. The OnePlus 7 beats out almost every mobile for the budget premium range with its impeccable feature-rich and abundantly breathable design schematics.

Unlike most models in the list, the OnePlus 7 does not employ a quad-camera setup and suffices with a dual camera profile but it maintains the same competitive quality as others. For this, it has a 48 MP primary and a 5 MP secondary camera profile.

Even in the memory department of the phone does not disappoint. It has the 8 GB RAM with a 256 GB internal memory and a super-fast 2.84GHz Snapdragon 855 octa-core processor. All we found to be pulled was that the battery could have been a bit higher. 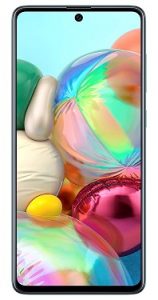 First up on our list, we have the Samsung Galaxy A 71. This 8 GB RAM phone has an impressive camera profile along with a highly livid display. It’s curved design gives you a sumptuous feeling when you hold it in your hands.

The A71’s screen has a very large 6.7 inches display size and it is all Super Amoled Infinity-O Display which has been the Samsung signature for its premier mobiles.

The mobile’s impressive quad camera set up, the best part about the phone has to be its slow motion selfie camera. It gives you an impeccable pixel picture quality that is usually unparallelled with most of the cameras for phones under 30k range.

Realme has been Oppo’s successful sub-brand in terms of high-performance budget mobiles. The Realme X2 Pro has been Realme’s year-end flagship model for 2019.

Much like most of the budget flagships, the X2 Pro also comes with a large 8 GB RAM and to run it, it comes with the Qualcomm Snapdragon 855 Plus, 2.96 GHz Octa Core, Qualcomm’s flagship until it comes with a new model.

Coupled with that, Realme tries to buy your attention with its bright color schemes, blazin designs and nifty backcover technology (and a small free cover for your phone as well). All of this, at a very accomodating budget and a very neat yet of high quality quad camera set up. 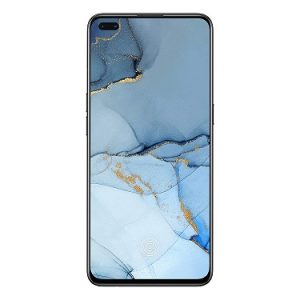 While most of the other features of the phone are standard, the size of the phone is a tad bit smaller. But it compensates it with a very great Super Amoled full screen Display of 2400 x 1080 pixels.

As for the camera, the phone’s primary front is a 48 MP depth camera whereas a 2 MP supporting secondary camera is available for depth and bokeh and macroshot management. A similar schema is followed for the rear cameras as well with a 64 MP primary followed by 13 MP. 8 MP and 2 MP all of which,. Combined can give you a 20 times zoom capacity.

A direct competition to the Oppo Reno3 Pro, the Vivo V19 is a relatively new release just days differing from the Reno3 Pro. Almost similar to the Oppo model, the Viveo V19 also promises and delivers on a dual punchole front camera with bokeh but with a different internal storage agenda.

But unlike the Reno3 Pro, the V19 does not give you a large rear camera profile nor does it give you as much as front camera pixel configuration as well. But it surely wins in the internal storage segment.

The Vivo V19 comes with a really massive 256 GB of internal storage that can be expanded to 512 GB external. The only disappointing aspect other than the shorter primary front camera (which it compensates with the 8 mP secondary front camera) is the phone runs on the snapdragon 712 AIE octa core processor compared to Reno3 Pro Snapdragon 855+ octa core. It’s only a significant difference if looked through a glass.

Vivo started out the revolution with all the pop out selfie camera phones. While the other phones tried to catch up to the fad, the VIVO V15 pro stands as a great pick for the micro pop out camera smartphones. 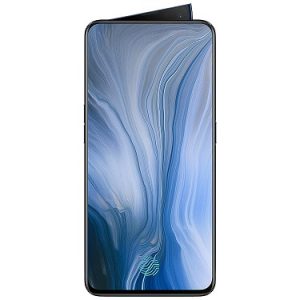 This camera has a decent 16 MP resolution and is AI-ready. The rear camera profile of the phone is in a dual camera set up with 48 MP primary camera and a 5 MP secondary camera. Rest all, the phone has a decent performance thanks to the 8 GB RAM and 2.2 GHz Qualcomm Snapdragon 710 octa core processor. 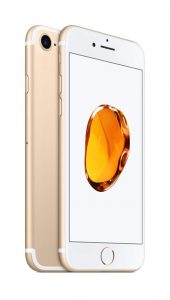 When it was released, the iPhone 7 was a pocket fit friendly smartphone that is a definitive improvement over the 6S. It carried on the Apple tradition and though there are compromises on a few technical aspects, there have been none in terms of quality.

Apple never tends to disappoint in terms of quality functionality. The iPhone 7 has a smooth performance like no other and with its meager 3 GB of RAM, everyone knows that this can fight a battle with the best of budget 8 GB RAM mobiles. Such is the Apple saga.

Hands down, the Oneplus 7T Pro Smartphone is the best pick for a premium smartphone under 35,000. It has the sleek looks, killer performance with the 2.84GHz Snapdragon 855 octa-core processor, an incredibly huge 256 GB memory, an incredibly great Optic AMOLED Display and of course, the brilliant camera and longevity as a whole.

What do you think? Which one should have won the list? Do let us know in the comments section below.