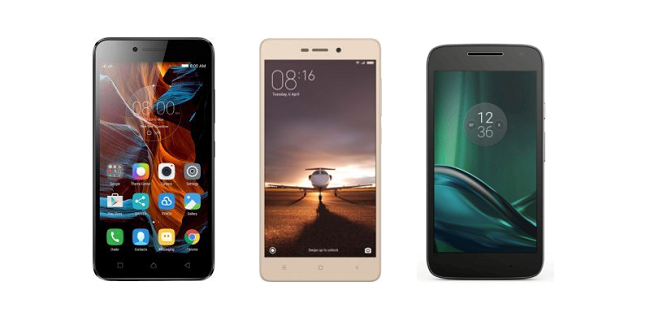 Budget smartphones have become a separate class of smartphones in recent times. As of now, we have more than hundreds of different options for a smartphone for any price range.

Especially in the lower budget range, we see a lot of options from existing as well as fresh mobile brands, while each smartphone presents a unique set of features and differs from one another. If you are also looking to buy a budget smartphone under 9000 in India, make sure you check out following features beforehand:

Processors: As the processor is a major part of the overall performance of your smartphone, you must make sure that you are going with the best and fastest processor available for your budget.

Ram: Similar to the processor, the ram also has a great impact on the operating speed of your smartphone. With a larger ram capacity, you can open more applications at once and multi-task easily.

Battery: The smartphone can only operate until its battery has charge. Therefore, you should always get a high battery capacity smartphone for the most reliable experience.

Here, we have researched the current market scenario and crafted this best buying list for you so that you can get the most out of your purchase without going out of your budget. As we will be providing detailed information on each smartphone along with their best features, you can easily distinguish between certain choices and get the best-suited option for yourself.

Best Mobile Phones Under 9000 in India 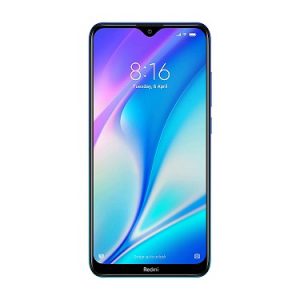 Our 1st pick for the best smartphones under 9000 in India is the Redmi 8ADual. As you may already know, Redmi is the sub-brand of Xiaomi, which is wildly popular in India for its budget range smartphones. With Redmi 8A Dual, you get a complete package of great battery, great ram storage, high internal storage, and a pretty decent processor.

It also has a very good camera output because of the 13MP plus 2MP dual camera setup on the back as well as 8MP selfie camera on the front. It features a 6.22 inches wide 720p display; you can watch all the content in HD without any problem.

As a massive 5000 mAh battery powers it, you won’t have to worry about the battery backup at any point in the future. Along with that, it comes with 3 GB ram, which is coupled with a snapdragon 439 processor, which has a pretty decent performance graph.

It has 64 GB of internal storage, which is the maximum you can get at this price range. In case you wish to have more storage, you can expand the storage capacity up to 512 GB via a memory card. 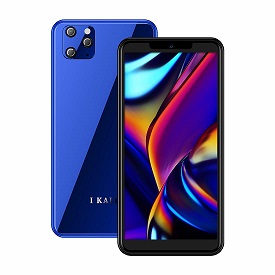 Up next, we have the most budget-friendly option from our list, which is the IKall K400 smartphone. As this smartphone is made in India, it has a comparatively lower price tag than other smartphones on our list.

Whilst being the cheapest option from our list, it still features a 1520×720 pixels resolution display, which is 6 inches wide.  Also, it offers the highest ram capability as compared to other smartphones, which have 4 GB with an internal storage capacity of 64 GB.

You can observe a triple camera layout on the background, which is similar to the iPhone 11. But, it only features a single 8 MP rear camera whilst the overall layout just adds up to the aesthetics of the device and gives it a premium look.

On the front side, it has a notch cutout that holds a 5 MP front camera. But, as you can see, the notch does not interfere with the screen. So, you don’t have to worry about missing out on any part of your display due to the notch layout.

The next addition to our list of the best smartphones under 9000 is another smartphone from Redmi, which is the Redmi Y3. Redmi Y3 houses a Snapdragon 632 octa-core processor, which is one of the most powerful processors you can get at this price point.

Along with that, it features 3 GB of ram and 32 GB of internal storage, which is fairly sufficient considering regular usage and entertainment. It is powered by a 4000 mAh battery, which can easily provide enough battery backup to last up to a whole day.

Coming to the cameras, it features a standard 12 MP primary lens coupled with another 2 MP depth sensor on the back. But, its main attraction is the extensive 32 MP front-facing camera. This front camera is specially designed for beautiful selfies as it presents various features such as 1.6 um superpixel, portrait mode, HDR support, AI identification, etc.

If you are a camera enthusiast and take a lot of photos, you can expand the internal storage up to 512 GB so that you never run out of storage while taking another breathtaking selfie. 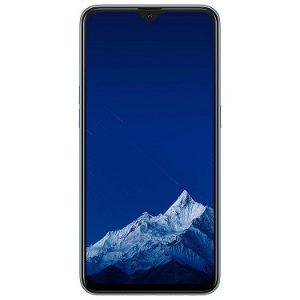 With Oppo A11K, you will get the best display possible under 9000. It features a teardrop notch on the display that houses 15 MP standard front camera. Apart from that, it does not have any noticeable bezels on the sides as well as on the lower portion of the screen, making it look like a flagship smartphone.

As Oppo is very popular with its camera-focused smartphones, the Oppo A11K also features a dual-camera setup that includes a 13 MP camera along with a 2 MP camera with AI beautification, bokeh mode, HDR, dazzle color mode, etc.

As Oppo A11K only has 2 GB of ram, you will not be able to play heavy games or multitask with more than a couple of applications at once. But, you can surely get a fast performance out nonetheless due to the Mediatek Helio P35 octa-core processor.

Oppo A11K runs on Android v9.0, but it has an exclusive Color OS 6.1 user interface that will surely entice you with a colorful experience. It has a 4230 mAh battery that can provide 45 hours of uninterrupted talk time, which is pretty great at this price point. 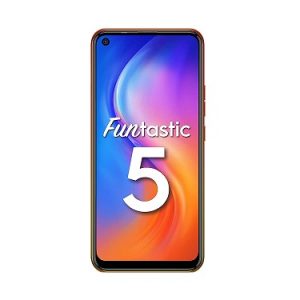 Talking about the premium look and feel, TECNO Spark 5 is also one such smartphone that can provide you with a punch-hole display setup that is highly common in high-end smartphones.

Also, it features the best rear camera setup from our list with a fully functional quad-camera in the back consisting of 13 MP primary sensors with two 2 MP sensors and an extra AI lens for perfect pictures in every single shot. Because of the AI lens, you get access to many astounding camera features such as macro shot, auto scene detection, bokeh mode, AR mode, quad flash, AI HDR, AI beauty, etc.

Along with that, you will be getting a massive 6.6 inches edge to edge display with a high 1600×720 pixels resolution and a high screen to body ratio. Although, it only features 2 GB of ram and 32 GB of internal storage that limits the overall compatibility of the smartphone.

But, it is acceptable as it has a massive 5000 mAh battery that is rarely seen at this budget. The 5000 mAh battery can last up to 35 hours with a single charge, which makes this phone a great companion on long-distance traveling.

Last but not least, we have Vivo Y91i as an overall balanced budget-oriented smartphone under 9000 in India. Similar to our previous suggestion, Vivo Y91i also features a large 6.22 inches HD 1520×720 pixels display, which is much needed if you want to watch movies or TV shows on your smartphone.

As it has a teardrop notch display design, you will not be missing out on much screen content as compared to the standard square notch. As it is also one of the cheapest options available on the market, it features a single primary 13 MP camera on the back and a single 8 MP front camera.

Although it is powered by an Helio P22 processor, which is pretty great for this price point. It comes with 2 GB Ram and 32 GB internal storage, which makes it capable of carrying out all daily tasks such as managing social media as well as video conferencing over Wifi.

You will be getting a moderately better battery, which is 4230 mAh in the capacity as compared to other options and capable of providing a day of backup with just a single charge.

We have brought you the best smartphones available under 9000 in India. We have given all the necessary information about each device; you can easily select the one that will be the most useful for your needs. Although, if you have any doubts regarding what smartphone you should get, take a look at our recommendations below:

Our first suggestion would be the Oppo A11K SmartPhone as it offers the most powerful Mediatek Helio P35 octa-core processor just within the price tag of 9000. It runs with 2 GB ram and offers 32 GB internal storage out of the box. Also, it has a 4230 mAh battery, which is fairly decent at this price range and capable of providing 45 hours of Talktime within a single recharge.

On the other hand, Redmi 8A SmartPhone Dual has the 5000 mAh battery capacity and can turn out to be the most reliable smartphone in terms of battery backup. It has an adequate powerful Snapdragon 439 processor, which might be a bit old for 2020 but still capable of multitasking with several social media applications at once. Coupled with 3 GB ram and a massive 64 GB storage capacity, Redmi 8A dual gives you a complete package just under 9000.

Do let us know your thoughts in the comment section below!!