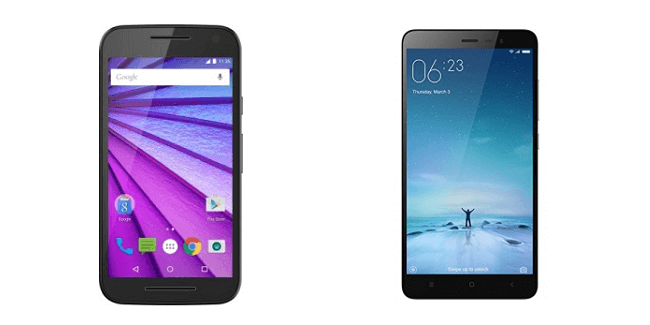 Buying smartphones these days are becoming more and more confusing as there are so many options from dozens of popular brands. However, we are here to help you find the best smartphone, but there are some essential factors that you must consider to check out before buying one:

RAM: The RAM for any phone is one of the most essential specs because smartphones are usually used for multitasking purposes, and if the RAM capacity is not enough, the phone struggles to operate smoothly. So make sure to pick a phone with at least 4 GBs of RAM.

Storage: Storage is yet another major factor to consider, as it is quite an irritating experience when there is no storage left on the device. Therefore, having some extra free space is always an advantage, so phones with at least 64GBs or 128GBs are recommended.

Battery: As smartphones are used for almost every work, it is obvious that more usage leads to more battery drain. In such conditions, for your device to last for a full day long, there should be a battery capacity of at least 4000 mAh on your phone.

So, for this article, we have shortlisted the best phones under 11000 that are available in the Indian markets right now that are worthy of your hard-earned money. So make sure to check out each and every product’s review before making the final decision. Along with the products, a complete spec sheet is also mentioned that will help you to compare the phones.

The Samsung M series smartphones were introduced to attract the budget-oriented audience, and with this Galaxy M20, Samsung has pretty much succeeded. As we know about Samsung, the style and the build quality is never compromised, this mobile houses an edge to edge Infinity V+ 6.3-inch Full HD display with absolutely no bezel on the sides.

Generally, the camera department is where most brands do cost cuttings. However, in this case, the M20 sports a 120 degrees FOV wide-angle camera in its 13MP+5MP dual camera setup.  Moreover, the 8 MP front camera performs well enough as well.

Well, there’s a myth that low-range Samsung phones have performance issues, but this phone here is completely a myth buster as there are no performance lags to be seen while using as it is equipped with 4 GBs of RAM and the 1.8GHz Exynos 7904 octa-core processor which handles the Android Oreo v8.1 OS flawlessly.

Apart from that, a huge battery capacity of 5000 mAh would be left with enough juice at the end of the day to keep it running till the next day as well. However, a 15W fast charger is also included in the box to save your time. In addition, the sound from the speakers is amazing as it boasts Dolby ATMOS 360 surround sound.

The Xiaomi’s Note series is always considered to be the powerhouses in terms of battery capacities. However, you would see a 4000 mAh battery on the Redmi Note 8, but the battery life you get from it is absolutely amazing as it can last for almost a day or two pretty easily. On top of it, you get 18W fast charging support, so there are no complaints.

Moreover, finding a beautiful screen like its 6.3 inches Full HD+ IPS LCD with a 2.5D curved Corning Gorilla Glass 5 glass over it adds a more premium look to the mobile. On the sides, you will find a dual SIM card slot and a separate SD card slot to increase the total storage space from 64GBs to 512GBs.

Apart from that, in terms of performance, there are no complaints either as it is backed up with a powerful 2.0GHz Qualcomm Snapdragon 665 octa-core processor along with 4GBs of RAM, so playing heavy duty games won’t be a task of struggle for mobile like this.

The camera is yet another thing that Xiaomi has improved in the Note series as now it gets a quad rear camera setup of 48MP+8MP+2MP+2MPcameras, which include an ultra-wide lens and a macro lens as well. In addition, the front camera is now 13MP, which is capable of taking pictures in portrait mode with the help of AI.

The Vivo U10 is absolutely a powerhouse because of its 5000mAh battery that will easily last for two days on casual usage, and the addition of 18W fast charging, this device is never going to run out of battery.

There are certain factors about this phone that we liked, and one of them is its performance, with a chipset like Qualcomm Snapdragon 665AIE, and support from Android Pie OS, you won’t face any lag issues even in heavy games like PUBG. Moreover, 4GB RAM capacity is good enough for the device to handle multitasking as well.

Another attraction of the U10 is the rear camera unit that has 3 different lenses of 8 MP + 13 MP + 2 MP which performs quite good if the lighting conditions are apt. However, the performance of the 8 MP front shooter is not that satisfying. To store your files and other data, it gets 64GBs of internal storage, which is expandable up to 256GBs as well.

In terms of the display quality, it sports a massive display of 6.35 inches in size diagonally, but the resolution on it is limited to HD, so that where the cost-cutting has been done, but if you are a casual user, this won’t bother you much.

The Xiaomi Mi A2 is actually an old mobile as it was launched in the year 2018, but as the prices have gotten down a bit now, this phone can easily compete with the currently launched phones. The most interesting part about this mobile is its OS, which is not MIUI, but Android One OS with an Android v8.1 Pie, so you get the pixel-like experience on this.

However, the design language is not the latest as has bezels all around the 5.99 inches Full HD+ display without any notch. Moreover, the camera unit at the backside consists of 12MP+20MP dual cameras that will remind you of an iPhone-like design. And on the front, you get a 20MP camera that performs better than most other phones in this segment.

There are no issues regarding the storage capacity, which is 128GBs, but that’s not expandable. On the other hand, the multitasking performance of the Mi A2 is pretty good as it sports 6GBs of RAM that also helps to keep the heavy games run smoothly while the processing is handled by 2.2GHz Qualcomm Snapdragon 660 octa-core processor and Adreno 512 GPU.

Although in terms of battery capacity, the device is backed up by a 3010 mAh battery, which is not that great in numbers, the OS manages to make it last for almost a day-long on casual usage. 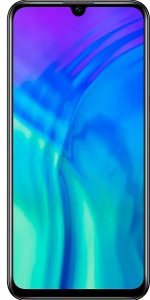 The Honor 20i packs a great combination of specs to be your next daily driver. As the design language of Honor phones has been an attractive factor for many years, the trend is maintained as it gets a glossy black finish at the back along with a triple rear camera setup of 24 MP + 8 MP + 2 MP and a fingerprint reader at the center.

As we move towards the front, the 6.21 inches Full HD+ display offers 2340 x 1080 pixels resolution where the dewdrop notch holds the front camera of 32 MP. On the other hand, the device runs on the Android v9.0 Pie and is ready to update to the latest Android Q as well.

Performance-wise, there are no complaints as the device runs every app quite smoothly and stays in 4GB RAM memory without any issues. However, the 2.2GHz Kirin 710F octa-core processor is good for casual gaming, but not ideal for playing heavy games like Asphalt 9 or PUBG.

Moreover, the storage capacity of this phone is not going to bother you as it has 128GBs of on-board storage, and a dedicated slot to expand it till 256GBs is also given along with the Dual-SIM card slot. Although the battery capacity on the phone is just 3400 mAh, it can manage to last for a full day easily.

In case you want to have that Honor experience, but for a slightly lower price, you can choose to pick the Honor 10 Lite as well. As it has the same Honor DNA, the design language is pretty good on this phone as well.

The display quality of the Honor 10 Lite feels amazing as it sports a 6.21 LCD with 2340 x 1080 pixels resolution and 16M color support. Moreover, if we talk about its cameras, the 13 MP + 2 MP dual-camera setup at the backside takes amazing shots at night with AIS Super Night Shot, but the 24MP at the front performs quite average.

Coming over to the performance of the Honor 10 Lite, it is powered by the 2.2GHz + 1.7GHz Kirin 710 octa-core processor, which works amazingly in cooperation with the Android v9.0 OS and 4GBs of RAM. However, the storage on this device is only 64GBs.

Still, there is a possibility to expand it to 512 GBs, but you will need to ditch one SIM card slot from the given dual nano-SIM tray. On the other hand, it also packs a 3400 mAh battery like other Honor phones of this range that offers a decent full day usage.

As we all know, Oppo phones are quite popular across the Indian markets; the A31 is the best pick for you under this budget mark. Firstly, the color scheme on these devices looks quite attractive because of the gradient effect at the back.

Secondly, this particular phone will perform quite nicely for you if you are not a heavy user and use your phone to manage emails and enjoy your time on social media. The huge 6.5 inches display with HD resolution with a water drop design is quite apt for that. From the inside, the UI from the ColorOS on top of Android v9.0 Pie feels very easy to use as well.

In addition, running multiple apps at a time won’t be a hard task for an A31 phone because of its 4G on-board RAM and a fast processor like 2.3GHz Mediatek P35 Octa-core processor and IMG GE8320 GPU. Due to this, the gaming performance of this phone is actually decent, and it can run some heavy games pretty nicely on lower graphic settings.

The 12 MP + 2 MP + 2 MP triple camera setup at the back and 8 MP at the front are in command to take some great pictures of you with its AI beautification mode for longer sessions because of a larger battery capacity of 4230 mAh. However, the storage is limited to 64GBs, but it is expandable up to 256GBs using a microSD card in case you need it.

We have listed all the best phones under 11000 above along with their full details about the hardware and software specifications, so it won’t be a hard task for you to compare the products to find out which one is the best for your needs. Although some readers might be wondering what phones we would have picked for ourselves. Well, we would feel glad to tell you which of the phones we personally liked from the list so that it will help you to make a wise decision for your purchase as well. So, here are some of our recommendations for you.

Well, these were some of the best phones under 11000 in India that you can surely spend your money on. In case you liked any phone from our recommendations or have any further queries about any product mentioned on the list above, feel free to ask us in the comments section below. We will feel glad to help you.

Techivian - January 21, 2020 0
Lenovo has managed to build a reputation for itself in the recent years and is considered among the better brands in the Indian market....