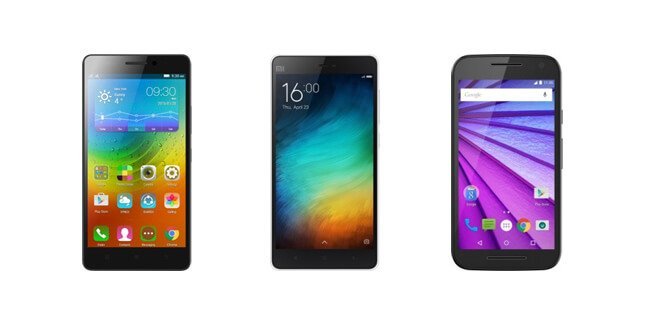 We’ve compiled a list of best smartphones under 12000 in India 2020. These are the best phones available in this budget in the market right now. All of these mobile phones are 4G LTE, compatible with Airtel, Jio, and other upcoming 4G networks, so consider these also as the best 4G phones under 12000.

With an ultra-fast Qualcomm Snapdragon, 675 AIE processor and a 6.53 inches large screen with waterdrop notch display, the Vivo U20 steals the list’s top place with its pricing, raving reviews, and incredible performance.

Speaking of the camera, the VIVO U20 comes with a triple rear camera. The resolution of the cameras is 16 MP, 8MP and 2MP.  The front camera has a 16 MP resolution and all of the lenses are AI-driven and come with the Sony IMX499 sensors.

VIVO U20 also does not compromise on the battery as it has a massive 5,000 mAH lithium-ion battery with an 18 Watt fast-charging capacity. The best part of the mobile would be its reverse charging feature using which you can charge other mobiles by using the Mobile as a power bank of sorts.

The mobile comes with a 1-year warranty on the handset and 6 months of warranty for the accessories.

While the VIVO U20 was the top of the line budget phone under 12,000 in the VIVO family, the U10 comes second with its manageable features and a very affordable pricing range.

Starting with the processor, the U10 boasts a fast Qualcomm Snapdragon 665 AIE octa-core processor which has almost the same speed and performance as the 675 AIE. The phone also has the Ultra gaming mode to boost the performance for a smooth gaming experience

Coming to the memory performance, the handset has a 3GB RAM and 4 GB RAM variants and the 3 GB variant has 32 GB and 64 GB memory whereas the 4 GB version has a 64 GB internal memory which can be expanded to 256 GB.

It has almost the same screen size as the U20 with a close 6.35 inches halo full view display and a decent 720 x 1544 pixel resolution. As for the camera, the handset has a triple AI Rear Camera with 13 MP, 8 MP, 2 MP cameras whereas the front camera has an 8 MP resolution

The unit runs on the latest Android Pie v9 operating system and has a 5,000 mAH lithium-ion battery. The phone has an 18 Watt fast charging technology and has a compatible charger with it. 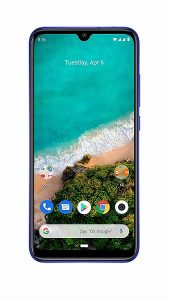 The Mi Xiaomi’s A3 is a killer budget ranged phone that compromises on the size but compensates with its camera.

It has an AI Triple Rear camera with 48 MP, 8MP and 2 MP resolution whereas the front camera has a high 32 MP camera.

Back to the display, the handset has 6.088 inches large AMOLED capacitative multi-touch. The total display resolution of the mobile is 1520 x 720 pixels and a 282 PPI pixel density and supports HDR.

Now for the performance, the Mi A3 has a 2.0 GHz Qualcomm Snapdragon 665 octa-core processor with an Adreno 610 GPU. To run this, the phone has a 4 GB RAM and 64 GB internal memory and expandable up to 256 GB. The phone is also available in a 6 GB RAM variant as well.

While it impresses in the Memory and Camera, it falls slightly behind on battery. The phone has a 4030 mAH lithium-ion battery. As it supports quick charge 3.0 technology and 18 watts fast charge (Type C Charger)

Running on android the latest Android v9, the mobile has a very low SAR value of 1.6 w/kg that shows how low RF energy your body will absorb. This makes the phone a safe one. It also comes with the stipulated 1-year manufacturer’s warranty and 6 months of warranty on the accessories.

The Realme 5 Pro has been the buzz of the market with its stark contrasting colors, fast performance and most importantly, the quad rear camera.

Starting off with the quad-camera, the phone has an impressive AI-powered Sony IMX586 sensor-based primary lens. The resolution of the quad-camera includes 48 MP, 8MP, 2MP, and 2 MP in that order. As for the front, it is of a decent 16 MP AI-powered camera.

Speaking of the storage, the phone has a 4 GB RAM and is also available in 6 GB and 8 GB Variants as well. The 4 GB and 6 GB variants have a 64 GB internal memory whereas the 8 GB variant comes with 128 GB internal memory. Any of these can be expanded to 256 GB externally.

This mobile, while impressing on all fronts, has the same battery capacity as most of the phones in its range. The 4035 mAH lithium-ion battery has a VOOC fast charging with a C Type port. The mobile comes with a standard 1-year warranty on the handset and 6 months on the accessories.

Loaded with Samsung’s proprietary Exynos processor, exhaustive battery size and the brilliant AMOLED display, the Samsung Galaxy M30 is one of the most sought after in the budget line of Samsung phones.

The phone comes with a triple AI camera with 13 MP primary and has equal proportions of depth and macro of 5 MP and 5 MP each, As for the front, it has a 16 MP Camera.

Sizewise, the phone does not disappoint and has a 6.4 inches large Full HD Display with 2340 x 1080 pixel resolution. The sleep and slender AMOLED display screen form one of the highlights of the phone.

The phone has the aforementioned Samsung’s proprietary 1.8 GHz Exynos 7904 Octa-core processor and runs on the Android Oreo v8.1 Operating System ( can be upgraded to Android Pie V9).

Coming to the battery, Samsung does not disappoint as it comes with a large 5,000 mAH lithium-ion battery that has 3 times the fast-charging capacity than normal micro USB charging technologies. It also comes with the compatible 15 Watt Type C Fast charger as well.

It emits low SAR of just 0.409W/KG and is thus very safe to use. The phone comes with a standard 1-year manufacturer’s warranty for the handset and 6 months for the accessories.

Vivo is known for its high capacity batteries and the Vivo Y15 is no exception. Unlike most of the phones in this budget range, the Vivo Y15 employs a MediaTek processor.

Starting off with the Processor, the Y15 has a MediaTek Helio P22 Octa-Core processor, best in the budget class. The phone runs on Android Pie 9.0 Operating system and has a dedicated ultra gaming mode.

To support this performance, the phone has a sufficient 4 GB ram with an internal memory of 64 GB. This can be expanded to 256 GB externally.

As for the camera, the Y15 has an AI-powered triple camera with 13 MP, 8 MP, and 2 MP resolution whereas the front has a 16 MP Camera. The cameras have a wide-angle capture of 120 degrees.

Display-wise, the phone holds good with the 6.35 inches large screen with 720 x 1544 pixels resolution. The halo display gives you an ersive viewing experience.

Star of this phone has to be its battery which has a 5,000 capacity but the phone does not have fast charging and you get a micro USB charging port. 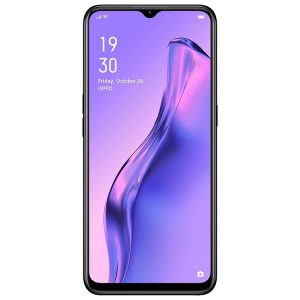 The Oppo A31 is a tough competitor for budget smartphones under 12,000 rupees. As is the case with most Oppo phones, this one too comes with a sleek body and a waterdrop notch display.

Screenwise, Oppo does not disappoint and gives you a large 6.5 Inches screen with a 1600 x 720-pixel resolution and a 269 PPI pixel density.

Oppo A31 has a 2.3 GHz MediaTek 6765 Octa-core processor and a GE8320 image processor and runs on Color OS 6.1 Operating system that is based on the latest Android Pie v9.0

Battery wise, the phone has a decent 4230 mAH lithium polymer battery which has a 45 hours Talktime and 450-hour standby. But it does not come with a fast charger and you have to adjust with the micro USB pin as there is no Type C. 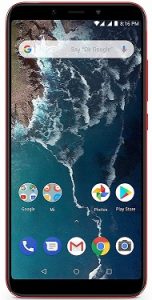 The Redmi A2 has somewhat of a yesteryear design but it does pack a punch when it comes to the RAM and its processor.

Starting off with the aforementioned RAM, The phone packs a large 6 GB RAM along with 128 GB of internal storage and can be expanded to 256 GB of external storage.

This memory helps run the 2.2 GHz Qualcomm Snapdragon 660 octa-core processor that is still fast enough to compete with the present gen processors. The device runs on the Android Oreo 8.1 and can be upgraded to the new Android Pie v9 and the Adreno 512 GPU Graphics card.

As for the mobile, it is sleek and slim in build but has a typical front-facing design. In all, the mobile has a 5.99 inches large screen with an impressive 2160 x 1080 pixel full HD resolution.

It has a Dual Rear camera with 20 MP as a primary and 12 MP for macro. As for the front-facing, the phone has a massive 20 MP Camera.

The mobile comes with a decent 3010 mAH lithium-ion battery that has fast charge adaptability and comes with a Type C port. The phone has a standard 1-year manufacturer’s warranty and 6 months of warranty on the accessories.

Sai Nandan - March 29, 2020 0
Buying smartphones these days are becoming more and more confusing as there are so many options from dozens of popular brands. However, we are...